With more than 40 000 English theatre reviews (2010 – 2020) covering the London stage, Drama Critiques seeks to understand contemporary theatre through the eyes of two literary communities (journalists versus bloggers). The interactive dashboard below will enable you to discover the main characteristics of our corpus.

The first corpus was created thanks to the data made available by Theatre Record, a magazine originally created by the English critic Ian Herbert. Theatre Record reprints in full all the national drama critics’ reviews of the latest productions in and out of London. Published every two weeks in England since January 1981, it is in January 2019 that its archives were digitized thanks to Julian Oddy. Each issue published by Theatre Record has the same structure. For each of the shows mentioned, a number of reviews as well as a series of information related to the production (cast, photographers, technicians, etc.) are given. The venues where the plays were performed (The Royal Court Theatre, The National Theatre, The Old Vic, etc.) as well as the opening and closing dates of the shows are also identified. The newspapers in which the reviews were published are known to everyone: The Times, The Guardian, The Independent, The Sun, The Observer, etc. 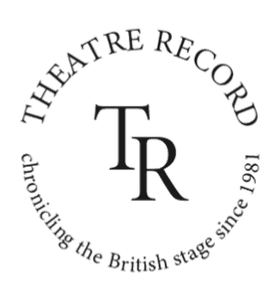 Published by freelance writers, these reviews rather focus on fringe theaters and performances. All these platforms promote the creativity and sensitivity of individuals who are not paid for their activity, but who keep doing it out of passion for theatre. This second corpus is constituted of the most popular 28 blog platforms on the Internet. They can be divided into two sub-categories: collective blog platforms on the one hand, and individual blog platforms on the other. Either these digital platforms are run by a publisher who invites other reviewers to post on his website, or the publisher publishes all of his reviews himself. In both cases, these authors are not paid for their activity, their content does not have a printed version and is completely free.

The 28 blogs of corpus II 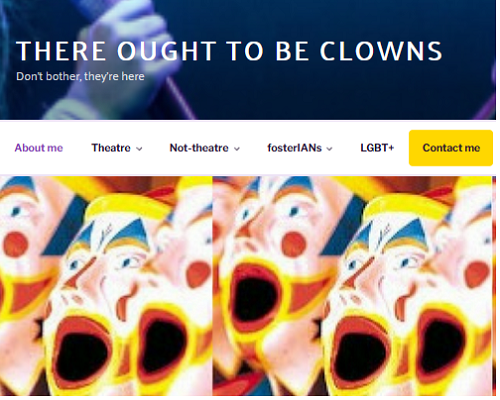 There Ought to be Clowns 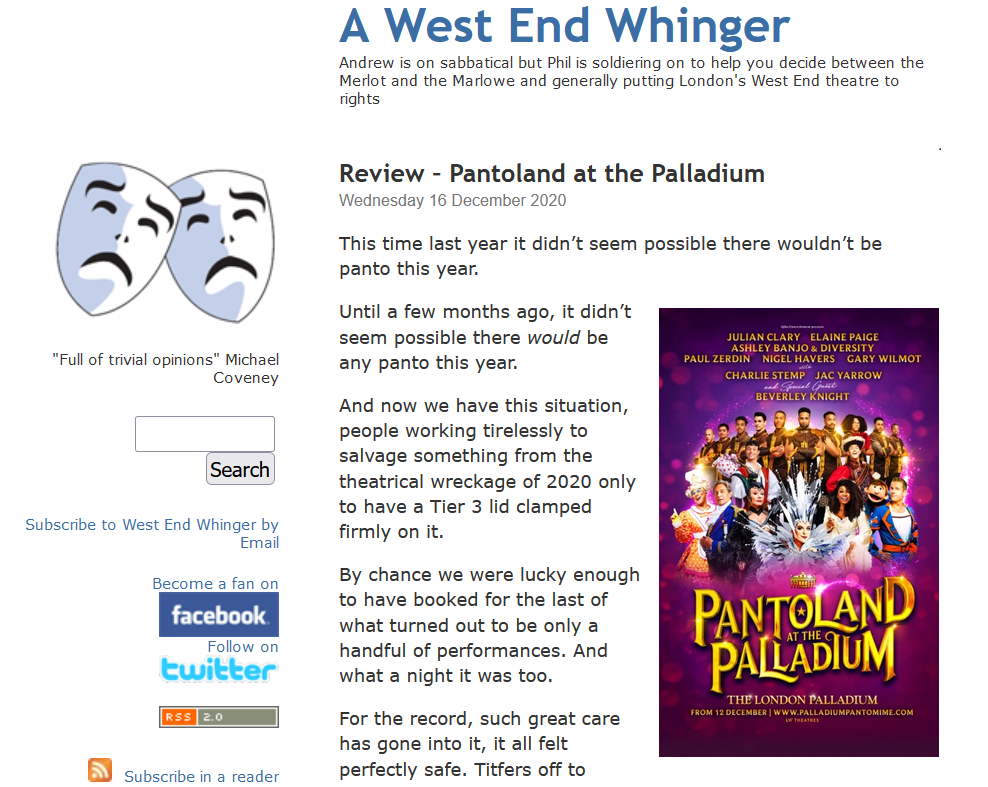 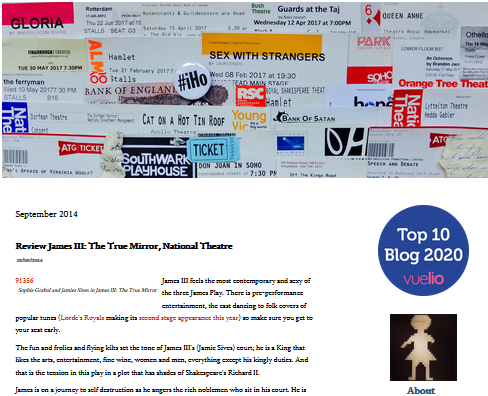 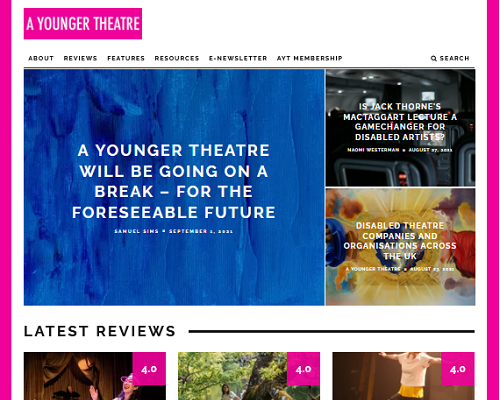 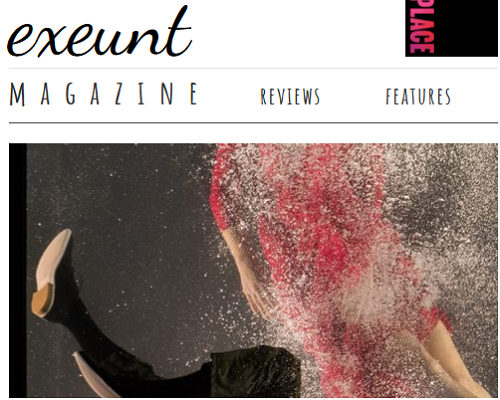 Created by Tripney and Daniel Yates 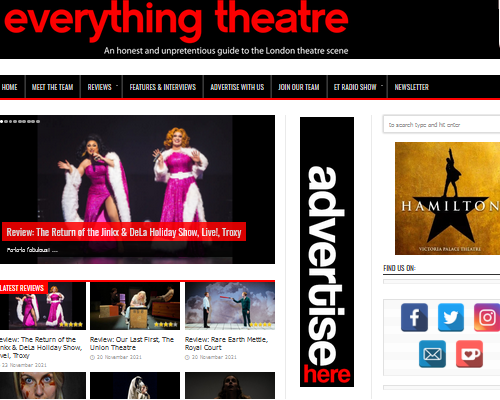 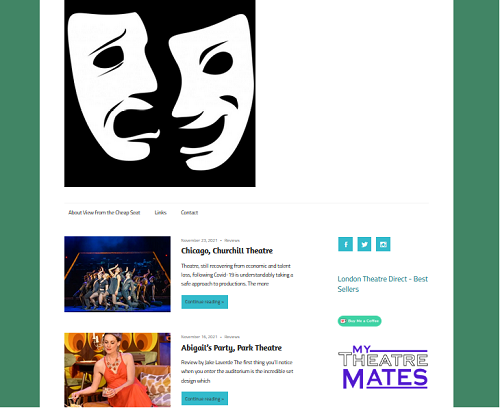 View From the Cheap Seat 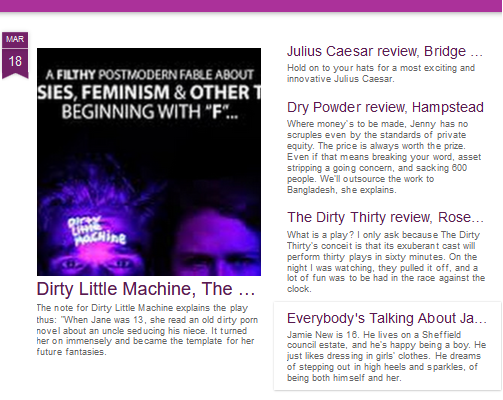 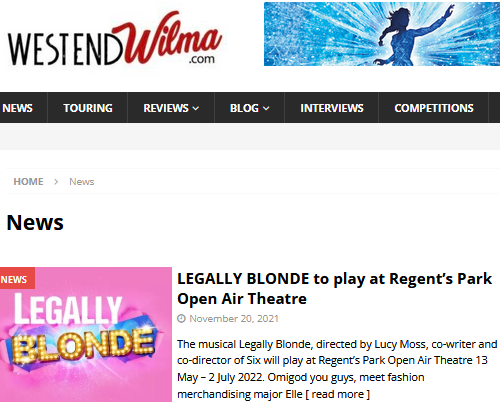 Created by Ed Baker and his mother 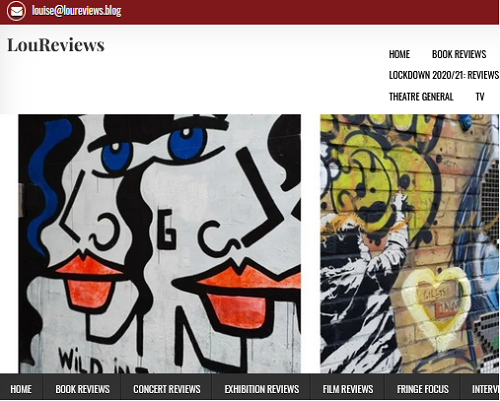 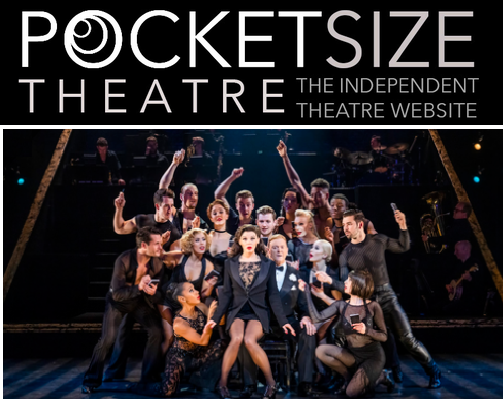 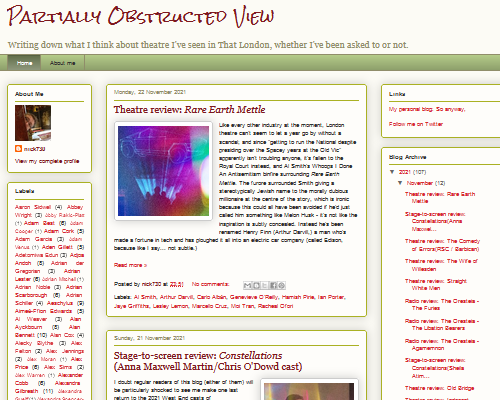 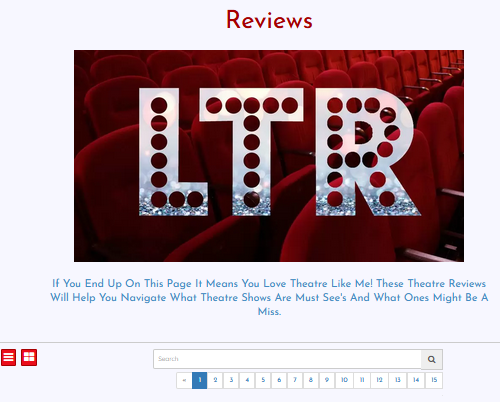 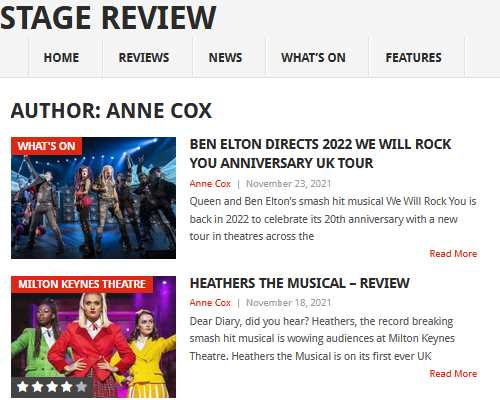 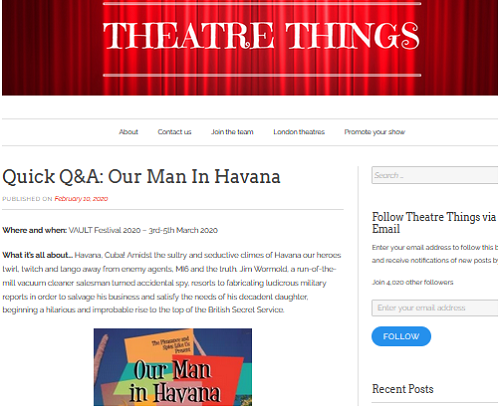 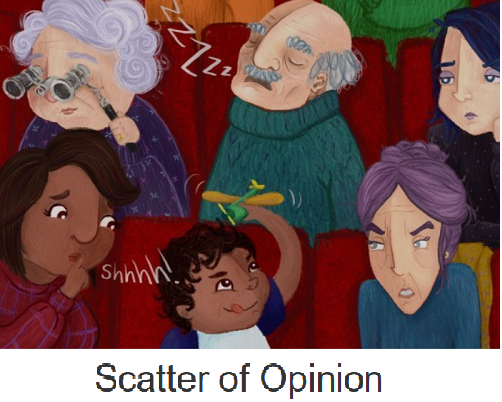 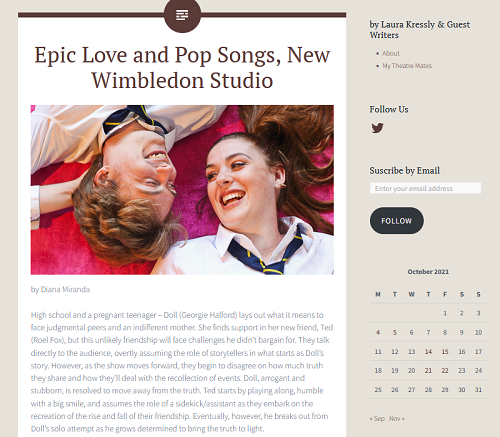 The play’s
The Thing UK 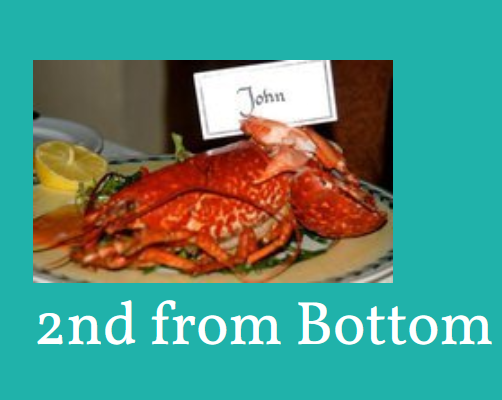 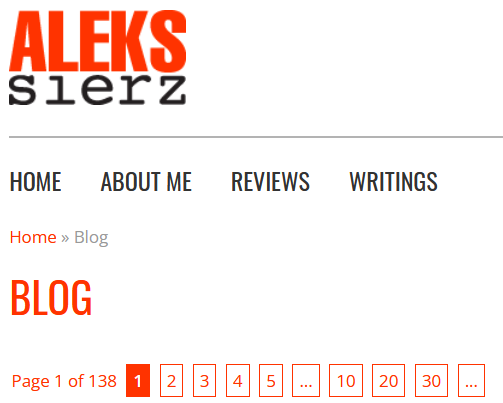 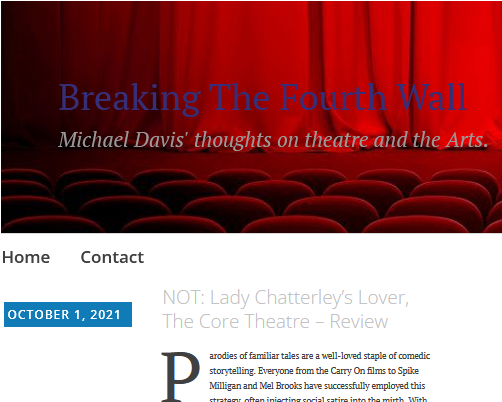 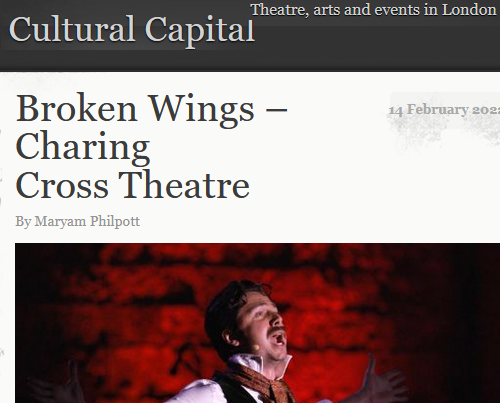 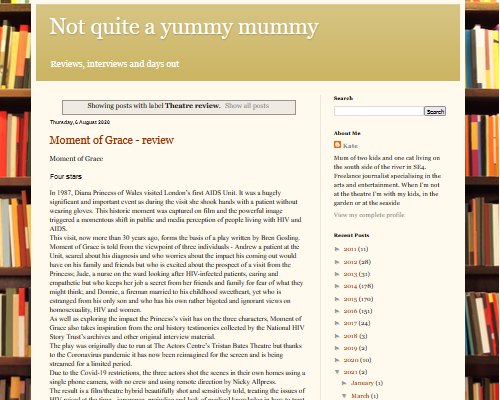 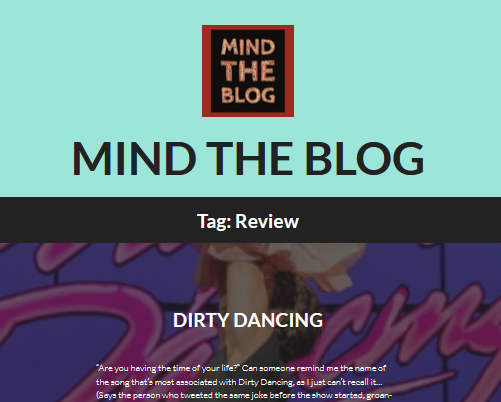 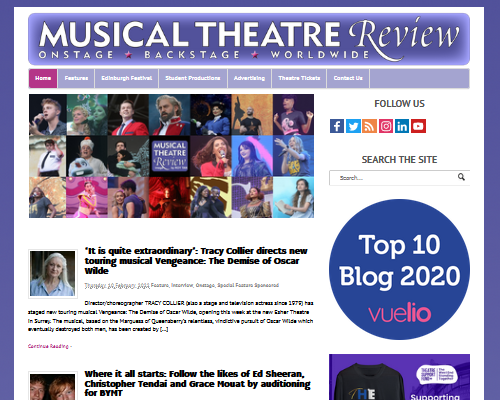 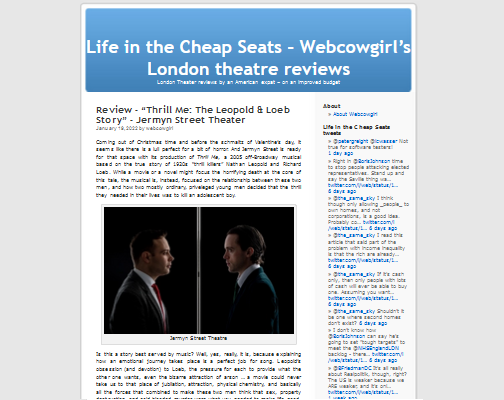 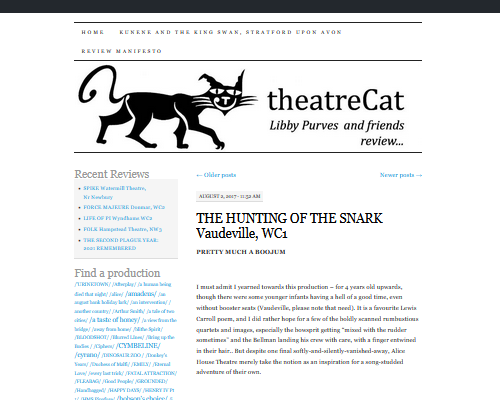 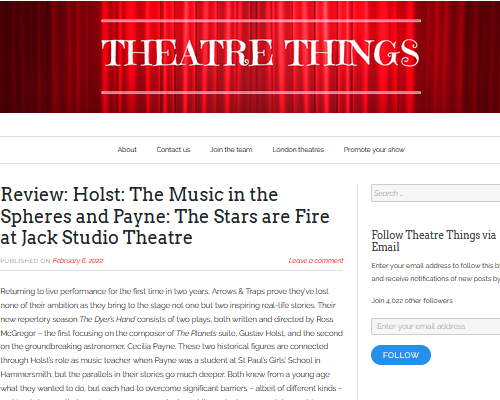 The Blog of
Theatre Things

Created by The Blog of
Theatre Things 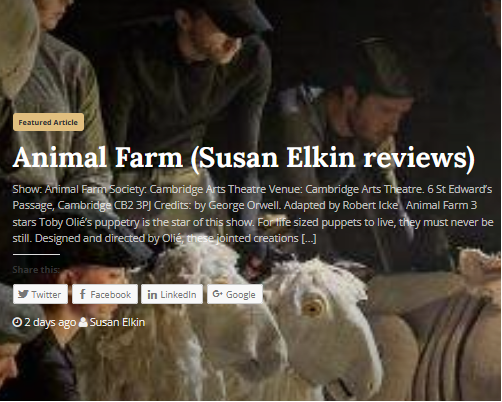 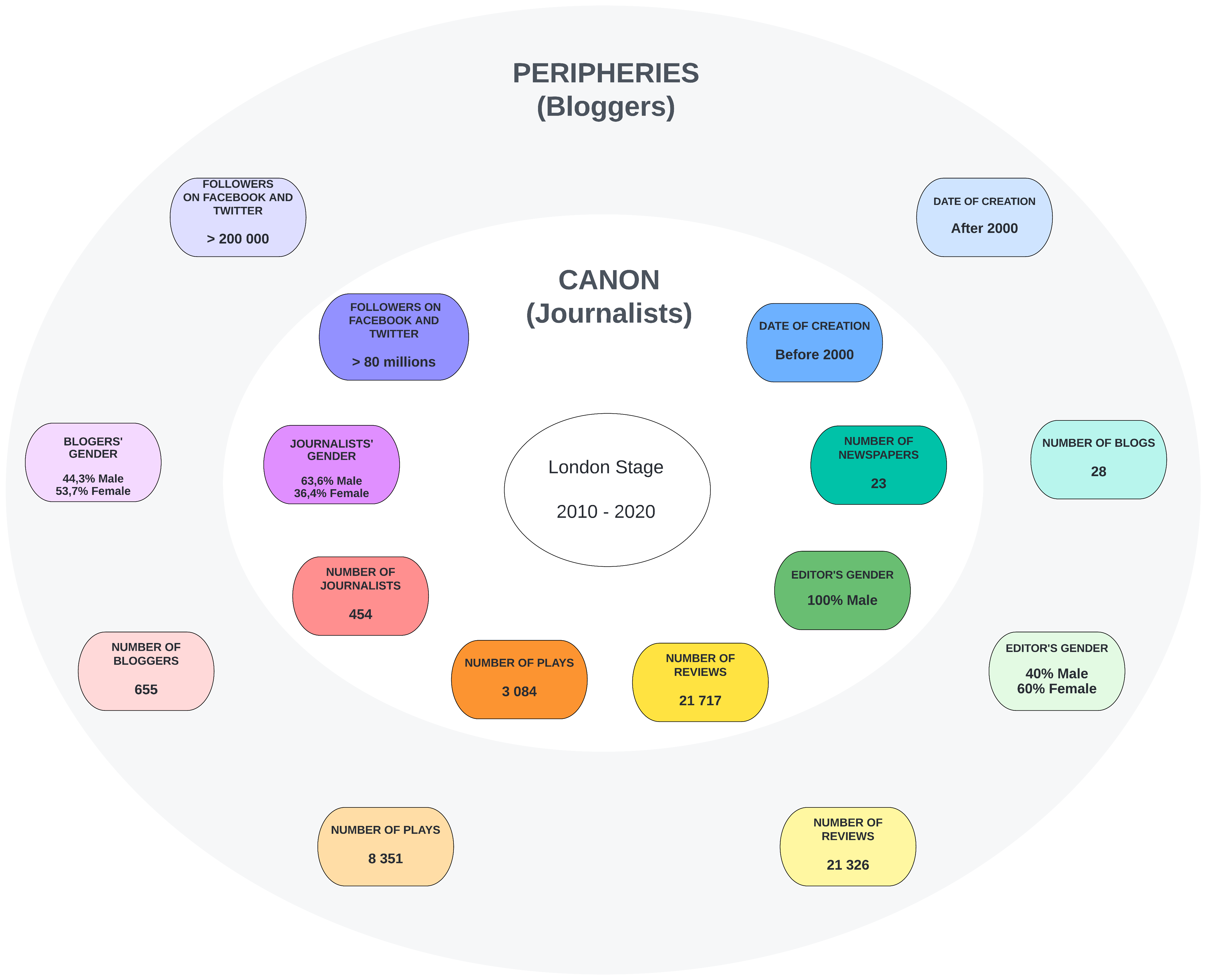